Myositis –also called inflammatory myopathies– comprises a group of diseases that are often challenging for patients as well as for physicians. They are characterized by proximal weakness of arms and legs and different degrees of extramuscular affection including symptoms of the skin, lung or joints. Several forms of myositis can be associated with cancer. The diagnosis requires a combined assessment of the clinical symptoms, presence of auto-antibodies and pattern of muscle histopathology. The current classification distinguishes the following subtypes of myositis:

This group is characterized by the presence of distinct antibodies such as antisynthetase antibodies (most frequently anti-Jo1, anti-EJ, anti-OJ, others), anti-Ro52, or anti-Ku. An overlap myositis can occur in presence of other distinct autoimmune diseases, such as systemic sclerosis, which can be associated with anti-PmScl-antibodies.

The antisynthetase syndrome (ASyS) is currently considered a distinct entity and characterized by the presence of fever, Raynaud’s phenomenon, arthritis, mechanic’s hands, interstitial lung disease, and myositis. Typically, not all organ manifestations are present concomitantly, but may develop over time.

This type of myositis is characterized by severe weakness of arms and legs and often highly elevated muscle enzymes (creatine kinase, CK). It can be associated with the auto-antibodies anti-HMG-CoA receptor or anti-SRP. Some patients develop an interstitial lung disease and an association with cancer can be present.

Polymyositis is characterized by proximal weakness of arms and legs. An association with unique auto-antibodies has not been identified. In view of the aforementioned myositis subtypes that can be associated with distinct auto-antibodies and characteristic patterns of muscle histology, polymyositis can be considered as the least frequent subtype of myositis.

Inclusion body myositis (IBM) is characterized by proximal and distal weakness of arms and legs and only mildly elevated CK. With an onset beyond 45 years of age, the disease is slowly progressive and often leads to an impaired ambulation. Many patients develop swallowing difficulties, which may cause malnutrition or aspiration. An anti-cN1A auto-antibody is observed in about a third of the patients. 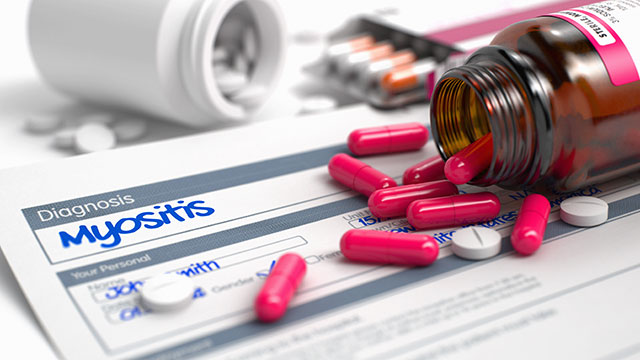 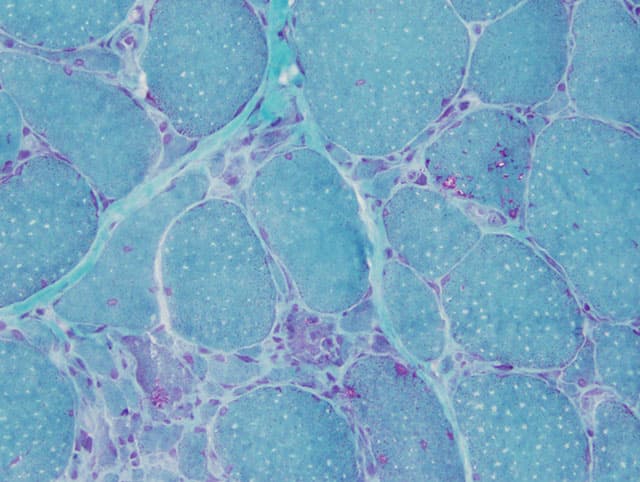 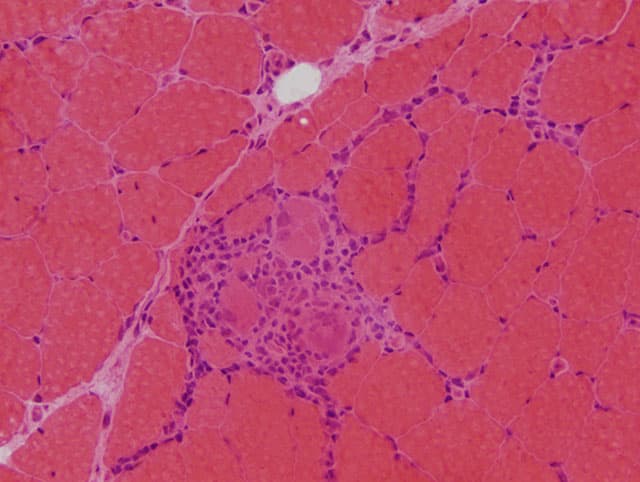 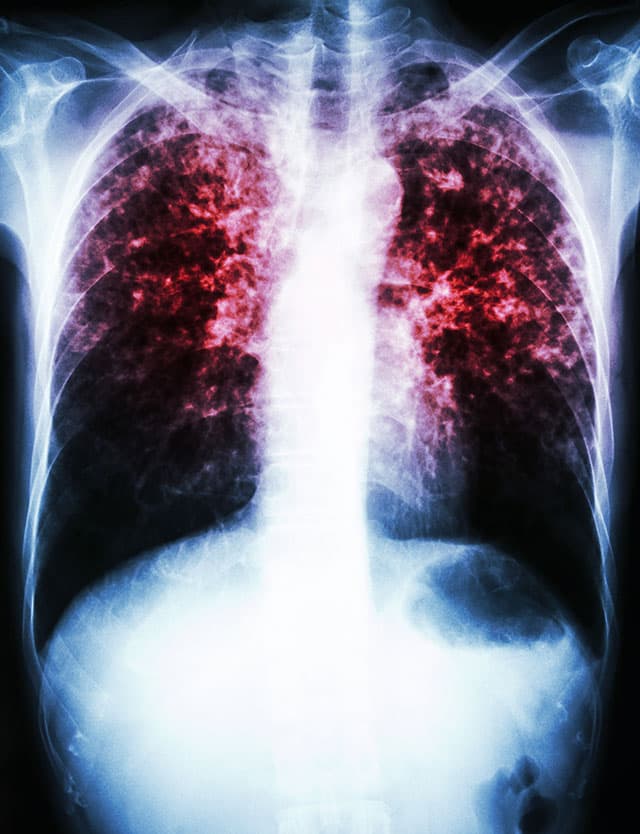